The first time I got invited to the X-games was in 2009,  I got invited as an alternate. I had no clue how big the X-games were and how big this opportunity was. I always wanted to go the to the USA but I told them I wouldn’t come because I didn’t have the money and thought it wasn’t the effort if I was ‘just’ an alternate. Looking back this could have been the worst decision I made in skateboarding contests.

In 2011 I got another opportunity and got an official invitation as an athlete to compete in the X-games. I was so hyped I almost bounced through the roof, this time I had sponsors who were willing to help me out and make it happen. 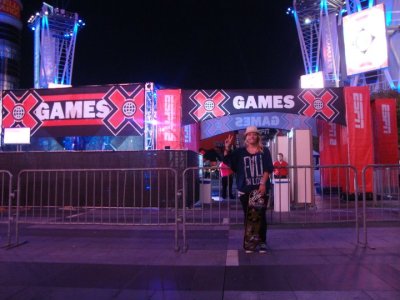 That summer me and my dad made our way to Los Angeles to compete in the X-games, both of us equally excited. I remember walking up the first day and seeing all the legends, Don Bostick, Mimi Knoop, Lisa Whitaker, my favorite skateboarders, Chris Cole, Bob Burnquist, Tony Hawk, Elissa Steamer, Lyn-Z Adams, Alexis Sablone, every one of them was there. And then there was me standing in the corner and having the feeling I had to puke the whole time because I was that nervous. 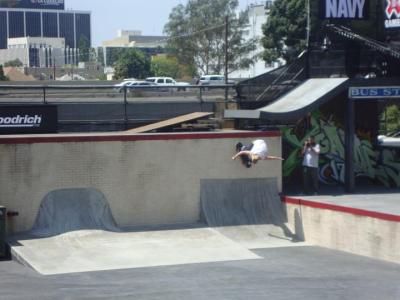 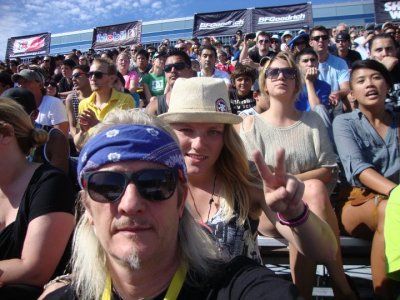 This was the first contest I went to that had that many spectators, amazing competitors and with this giant media circus surrounding it. I’m glad my dad went with me, he told me what every parent would say: “Enjoy and do what you love the most, this might be your only chance.” so I did. The day of the contest, I did what I loved the most and skated my heart out. I had a tiebreaker with Elissa Steamer for the final spot. And got 6th place.

The year after I got invited again, a little bit less nervous and way more eager. Again I had a tiebreaker with Elissa Steamer for the final spot. Elissa continued trough to the finals. At first I was bummed out about not making the finals. The more I thought about I realized I just had another tiebreaker with one of the biggest legends in women skateboarding! 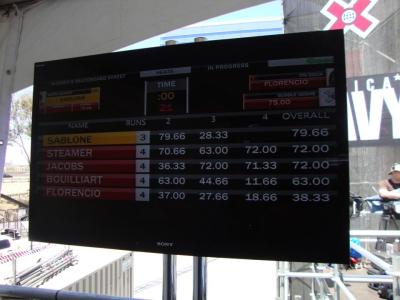 The X-games is taking place in Olso next week, this time I will be there as an alternate again. I’m hyped to shred the park, skate with my friends and sight-see Oslo just like back in the days, together with my parents.

One thought on “X-games”