When I made my trip to China in 2014 I had the opportunity to talk to Gary Ream. My first memory of Gary goes back about 6 or 7 years ago. I was invited to be a part of the Dew Tour in Boston. Lisa Whitaker, another legend who’s the founder of Girl Skate Network and Meow, told me to go thank Gary because he was the one who made it happen that there could be a women division in the Dew Tour. So I did, I went up to Gary, told him how much it meant to me and thanked him.

In China I met him again after all that time, we talked a lot. If you ever met Gary you know he has a lot to tell, he has amazing stories, has a heart for skateboarding, is the owner of Woodward camp and has helped skateboarding grow in a way you can’t even imagine. Gary invited me to come to Woodward if I wanted to.

A year later I thought of what Gary said and I sent him an email asking if it would be ok for me to stay at Woodward for a while, about… 6 weeks. He didn’t even hesitate and told me I could come anytime I wanted.

In June 2015 I made my way over to Woodward. It’s almost impossible to describe how much those weeks meant to me. I met so many amazing kids who were living their dream, kids who saved all their money to get there, parents who were working at Woodward to make it possible for their kids to have an amazing camp, staff members that would do absolutely everything in their capability to make it the most amazing experience those kids ever had, staff members who make their own dream come true, so many amazing people in one place and of course my skateboarding improved in a pace in which it never did before. Those weeks made such a big impact on me that if I try I can physically feel it.

I met one kid who was about 10 years old who stuck by my side where ever I went. He told me he could see ghosts, I asked him if he could teach me how, he told me he had ADHD, I brought him fishing and helped him with his projects, he told me he had a conduct disorder, I told him he was the most patient kid I ever met (he had to wait the whole day for me and he did, every day). Towards the end of camp he tried to give me expensive gifts, new trucks, cookies, skateboards, he was mad I didn’t take them. I asked him why he kept giving me presents, he said it was his favorite place on earth and he didn’t want it to end and in this way I would remember him. The last day I saw him sitting at the creative section, I asked him what he was doing, he told me I had to promise to wait for him. So I did. At the end of the day he brought me an origami bird, there he was, this bundle of energy, frustration, creativity who in the outside world doesn’t fit in and there he was at Woodward turning all his disabilities into abilities and he sat down for half an hour to fold this bird on his favorite place on earth… 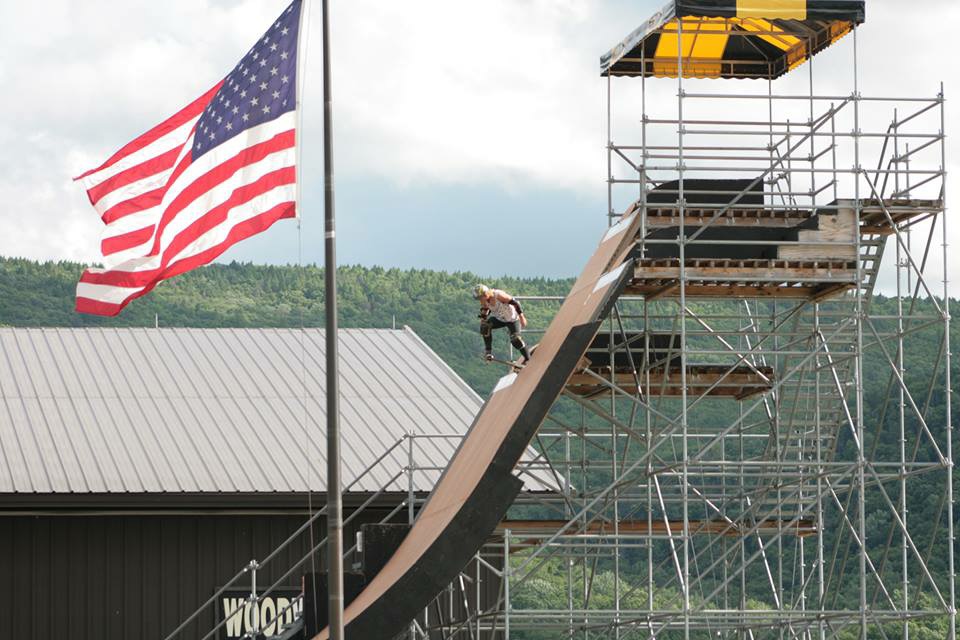